Partners’ Agreement: What to keep in mind

Being supported by mentors and advisors that help the entrepreneur who launches his/her business is becoming increasingly more common, and it is more advisable as well.

Mentors and advisors help the entrepreneur make sure that at least the first steps in the business are taken on a ground that is as safe as possible.

In a similar manner, having investors and business angels join the company’s shareholders is extremely common.

Investors and business angels provide money or other assets, and in exchange for their contribution they obtain a percentage of the company’s shares, as well as certain rights over the management of the company.

Such rights, along with the different situations that may take place in the company, should be kept in writing, in a document that is usually called a partners’ agreement.

By doing so, things will be clear enough and regulated from the very beginning.

An assessment is the value allocated to the company. This does not only include physical goods included in its balance, but also its intangible assets, know-how, market position, potential... It should be taken into account that the assessment is performed before any investor capital is included (in case we are using crowdfunding). This is a pre-money evaluation.

We have all heard about this concept, but we should focus on it beyond the surface. Shares or stock may belong to different series, may have a different value or entail their owner with different political rights in the society, or with different leaving rights, to name a few. For this reason, it is important to know which kind of shares or stock we are talking about, and what are the rights and features associated to them.

One of the most determining and controversial rights in a partners’ agreeement is the right to veto that the partners may have.

Such right may be assigned for certain decisions depending on the circumstances and on the company situation. For this reason, you should know very well when it may be applied and when it may not be so, and which are the specific areas in which its application is possible.

When it comes to disposing of the company’s stocks or shares, no matter the reason why -the company is sold or merged, or any other situation takes place- a priority order may be established for payment of stocks and shares. This will determine who will be paid first and who will need to wait before everybody else has been given their money in order to get their own share.

External investors, however much they believe in the project, are (in many occasions) investors, after all. As a consequence, they want to see when and how they will obtain their return on investment. This is why the conditions and amount of the dividend to be distributed are usually established beforehand.

A statement that gives priority to the partners or shareholders who already belong to the society when it comes to participating in new investment rounds or capital increases of any kind. This makes it possible for them (in case they wish to and have enough money to do so) to maintain their participation percentage in the society and hold their ground in it.

This is a right that by which partners that already belong to the society are not only given the right to buy new stocks in a capital increase, but also the priority to buy the stocks or shares of any other partners, should these partners decide to sell their share to a third party.

In this sense, an assessment is usually included stating when the sale is being done to a third party, given that, on some occassions and because of tax-induced reasons, the sale may be done between companies that belong to the same group or the same owner.

In this case, it could be considered that the sale is not to a third party, but that the owner stays the same even if he/she acts through a different society.

This clause makes it possible to avoid the presence of a “disturbing partner” who owns a very small share of the company but still “causes trouble” in the decisions that are made in the company.

For example, this clause would not let minority shareholders prevent the acquisition of the company by a strong investor or a larger company if the offer were accepted by the majority shareholders.

This is a way out for minority shareholders to avoid having to stay in a society in which the main shareholders have changed and are no longer those they accepted to join the society with.

Kind and composition of the executive board

The executive board makes all the decisions in the company on a daily basis, and it has absolute power. The only limit they have, broadly speaking, are their shareholders, as they are appointed by the meeting of partners and they may also be dismissed by them.

Besides, other aspects should be stated: whether or not a majority system will apply, whether a quality vote will be required, whether some of the decisions will need to be backed up by the executive board as well...

Presence and conditions of the executive board and/or the entrepreneur

In many companies, the success of a project is directly and intimately related to its founder, the entrepreneur. This is something investors know and try to regulate.

Frequently, a clause is included to state that, even if the entrepreneur can’t be prevented from leaving the company, consequences will be applied if he/she actually leaves. In a similar manner, regarding the permanence of the entrepreneur or several executive managers, work conditions are usually regulated (in a previous and clear manner) in the partners’ agreeement: income, category, duties...

Dozens of other clauses (most of which typically appear in any private legal agreement) may be included besides those stated above.

Other special, tailor-made clauses for a given situation or company may also be taken into account. Should it be the case, read it carefully and, if there is anything you don’t understand, hire a lawyer.

It really pays to know the full consequences of what you sign when your life’s project is at stake! 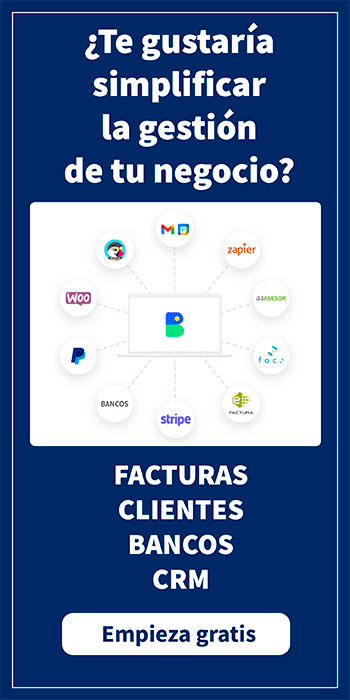